Chaired by Terry Waite CBE, Hostage UK is a charity set up to support families affected by hostage-taking and kidnapping. It aims to provide specialist help, act as an independent advocate, influence public policy, and raise awareness of potential risks among the travelling public. We were asked to create a visual identity that would convey bleakness and hope in equal measure and design a range of communication tools, including a fundraising leaflet, a families support leaflet, events materials and stationery – to facilitate business and communicate the purpose of the charity. The logotype is based on a familiar symbol of imprisonment. Hostages mark time and so do their families. Vulnerable and divided as they are, this one shared activity is an attempt to regain some control. It is also a process, potentially open-ended, as is the Hostage UK process. While there is drama in the logotype, all the other elements of the visual identity focus on delivering much-needed information directly and efficiently. 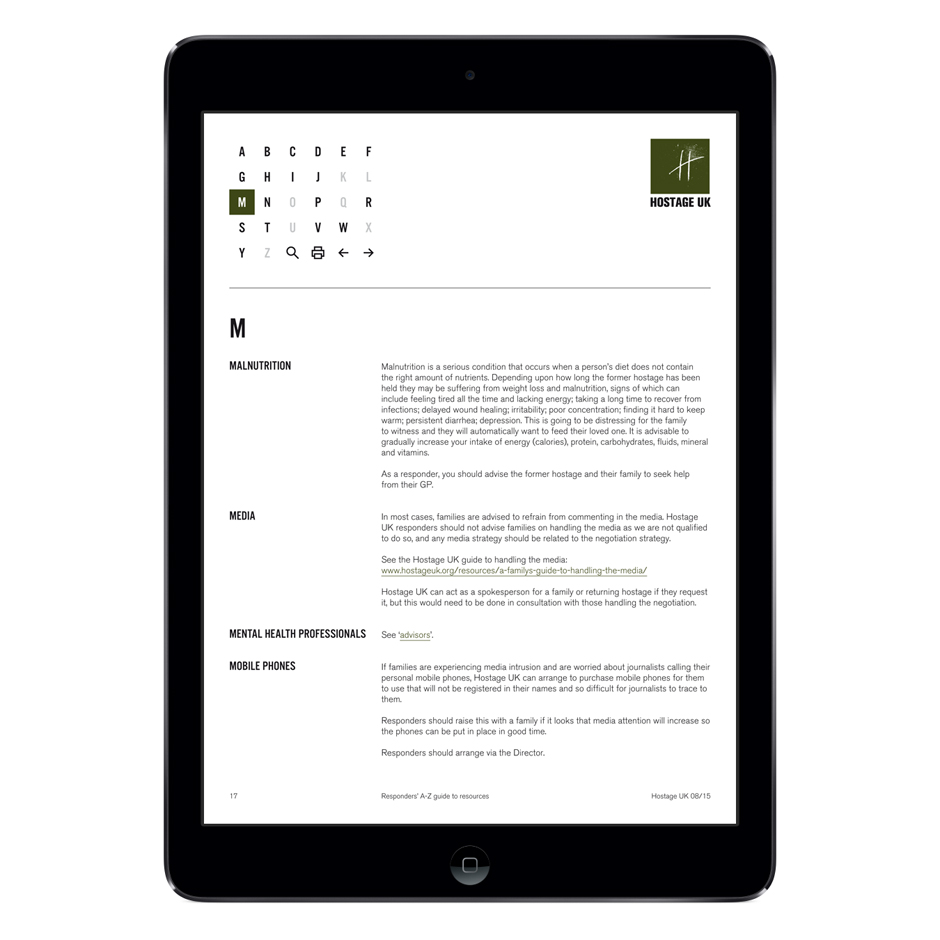